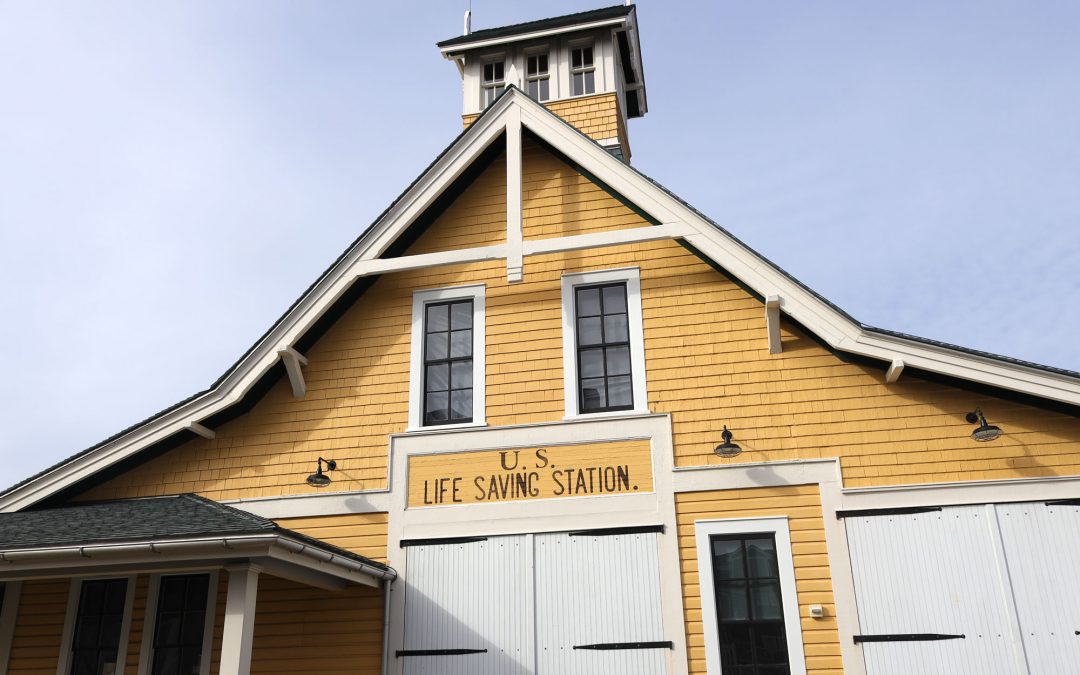 In a time before highways and runways, ocean going vessels provided much of the transportation for passengers, cargo and immigrants coming to America. Hundreds of vessels a day would pass Ocean City’s shoreline; which at times could be a very dangerous place. Locked in time to the period of the early 1900’s; Ocean City’s Life Saving Station, located at what is now 4th and Atlantic avenues, is one of the best preserved examples of this history anywhere. Before the LSS, ships that would wreck or hit the beach and every consecutive wave would beat it apart.  The locals would end up out at the wreck and it would be just a pile of rubble intertangled with bodies.”
The Service was founded in NJ 1848 -1850 and it was all volunteer until 1872. But this is not just a story about a building – but also the story of the special, dedicated group of men who lived and worked here; The federal employees of US Lifesaving Station Number 30 in Ocean City NJ…7 surfmen worked in this station with a man in charge called a “keeper.” By 1872 the stations were maned 24/7. It was a full-time job. In the 1880s – 1890s it paid about $40/month in silver dollars.
By all accounts, this was a tough job; on the water performing rescues at any time of year, usually in the worst kinds of weather. The motto of the service – same as the Coast Guard today: “You have to go out but you don’t have to come back so others might live.” A tremendous amount of research has gone into making The Ocean City Life Saving Station an accurate representation of the years around 1905 and is the only original building remaining out of 42 in New Jersey
Nationwide There were 170,000 vessels or so served by the lifesaving service. 42,000 people were rescued by the lifesaving service. As this series continues, you’ll hear much more about the history of Ocean City’s US Life Saving Station Number 30; The Day-to-day routine of patrols and watches – The skills and training needed for the job – the unique equipment used and the many different types of rescues that took place; and some very special stories of Ocean City’s past.